When it comes to trying to find the right cat scratcher for you and your cat, it can be quite a difficult task. If you are getting a little tired of seeing loads of dating designs all the time, you might want to try and find something that is a little more unique. This can be easier said than done as the majority of cat product manufacturers tend to create traditional cat scratchers instead of attempting to make something different.

PetFushion certainly are the exception. They have a range of cat scratchers that are very unique and come in original designs so then you can find something that will not just keep your cats happy, but also make for a nice piece of additional furniture. Here we will look at four cat scratchers that are offered by PetFushion while also attempting to answer any questions you might have about them. 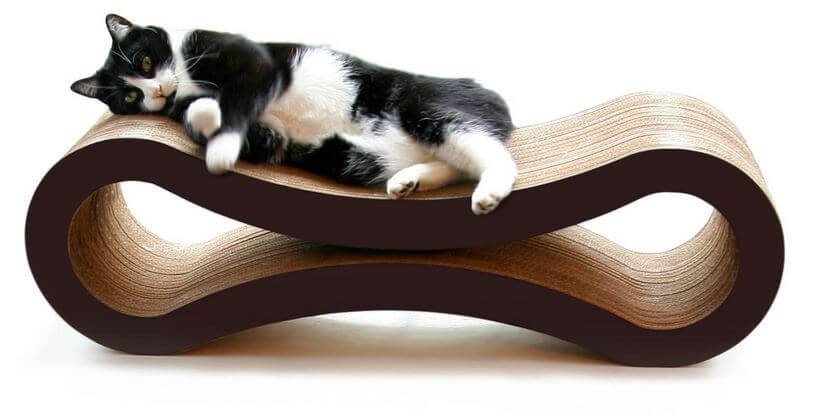 This is a great cat scratcher that is designed for anyone that would like something where the cats can get comfortable as well as scratch and play around. This cat scratcher is designed to look almost like a stylish form of furniture. It has a large surface so then it can accommodate a couple of cats or even several kittens. Because it is curved it is also a very comfortable place for cats to have a play around and then get comfortable and have a sleep as well. The scratcher is also available in either walnut brown or slate grey colours.

Some customers who have bought this cat scratcher have said they are disappointed with the material it is made from. They say that the material feels like cardboard and doesn’t last very long. The main reason why it feels so light is because it is designed to be a place to rest and also a place where the cats can scratch and sharpen their claws. The material the scratcher is made from may be a little flimsy, but it is still able to handle a good cat scratching and it can support several cats sleeping on it without any problems at all. 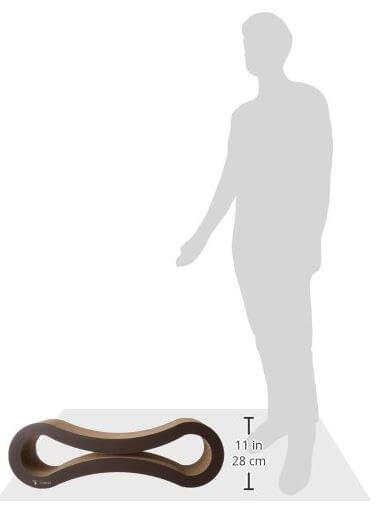 “How long is the cat scratcher designed to last?”

This really does depend on how often your cats like to use the scratcher and how many cats are likely to lie down on top of it for long periods of time. Generally speaking though, this cat scratcher is designed to last a long time. It should be able to last for years unless it is being used on a more than average basis.

“Does this scratcher have a lot of debris that needs to be cleared away?”

Even though this scratcher is made of material you would expect to moult of come away whenever the cat uses it, in actual fact it is very clean. You will find that even when your cat is scratching at it often, or several cats are using it, it will still not create a lot of debris for you to clean up. This is a brilliant aspect of this cat scratcher, when you consider that so many similar models would require a lot of cleaning up after. 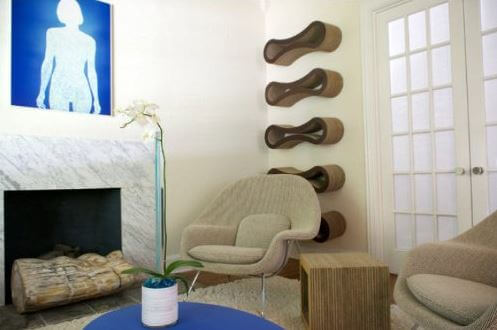 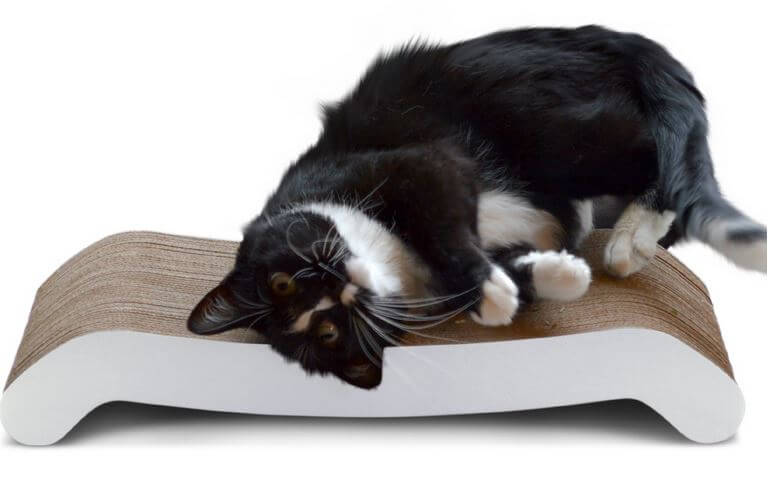 This cat scratcher is different from the one we have looked at previously, mainly because this one is all about practicality. It is a reversible scratcher which means that you can turn it over and over again so then it lasts longer than other traditional cat scratchers. It is also made of a comfortable material which means that cats are naturally attracted to it and are encouraged to lie down on it and get comfortable after they have had a good scratch. If however your cats are struggling to get comfortable with it, this scratcher also comes with a small sample of catnip so then you can get them trying to scratcher more often.

Some customers have complained that while the design is very good, their cats are not interested in using it. In most cases, this seems to be because people have not been willing to use the catnip in order to get them interested. If you think that your cat will not be interested, then use the catnip provided and then buy some more if it seems like they need a little more encouragement. The catnip that is provided with the scratcher however should be enough in order to get them interested and having a scratch on a regular basis.

“Is there a side on which this cat scratcher is more appealing or effective?”

Apart from the ends of the scratcher where they tilt downwards as legs on one side and then upwards on another, there is no difference between the two sides. They are both made of the same material and are both appealing to cats. The general idea with turning the scratcher over is so then it is more likely to last longer, so you can turn it over whenever you think it is necessary.

“It this scratcher available in several colors?”

At the moment at least, this cat scratcher is only available in white and grey. PetFushion have not made any announcements about releasing this scratcher in other colors, but that doesn’t mean that they will not decide to at some point in the future. 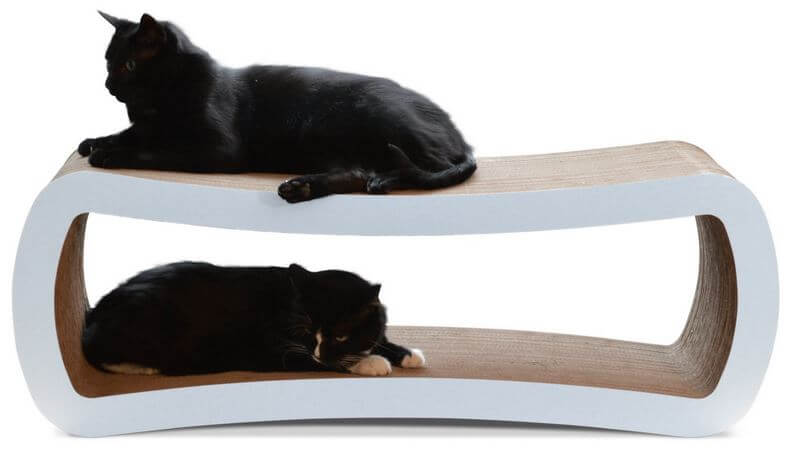 If you like the look of the first cat scratcher we looked at but are concerned that it may be too small, then this scratcher from PetFushion will be ideal for you. It is generally the same design as the one we have already looked at, except it is larger. This means that it can accommodate several cats and kittens that want to have a good scratch, while also giving them room to lie down and relax. Because it is bigger, it also creates an extra level below the top where cats can get comfortable and spread out if they want to.

Some customers have complained that this model does shed a little bit, unlike the smaller version of this cat scratcher that we looked at earlier. Having said that, while it may shed a little bit, it should not cause a great deal of mess. The only reason why it sheds more than the other one is mainly because it is larger. If you are okay having to deal with the small bits of shedding that may appear now and then, this will still be a cat scratcher that is well worth owning, regardless of the number of cats you own. 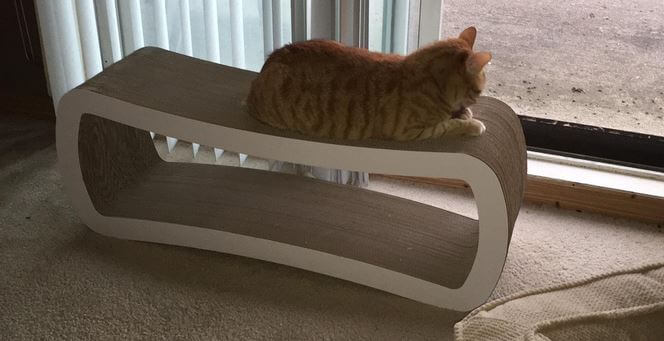 “Compared to the smaller version of this cat scratcher, how long can it last for?”

While this scratcher can have more shedding than the smaller version, it can still last for roughly the same amount of time. Depending on how often your cats use it and how many cats you have, it can last for at least a few years. Because this cat scratcher is larger, that means that this is ideal if you have a few cats that you want to be able to keep occupied for long periods of time.

“My cats have big toys. Will they be able to fit in the opening of this cat scratcher?”

Taking into account the size of this scratcher, your cat should be able to get their toys in the opening without any problems. While this is probably not possible with the smaller version of this cat scratcher, this larger model will be able to handle cats that want to play in the gap with their toys without any issues at all. 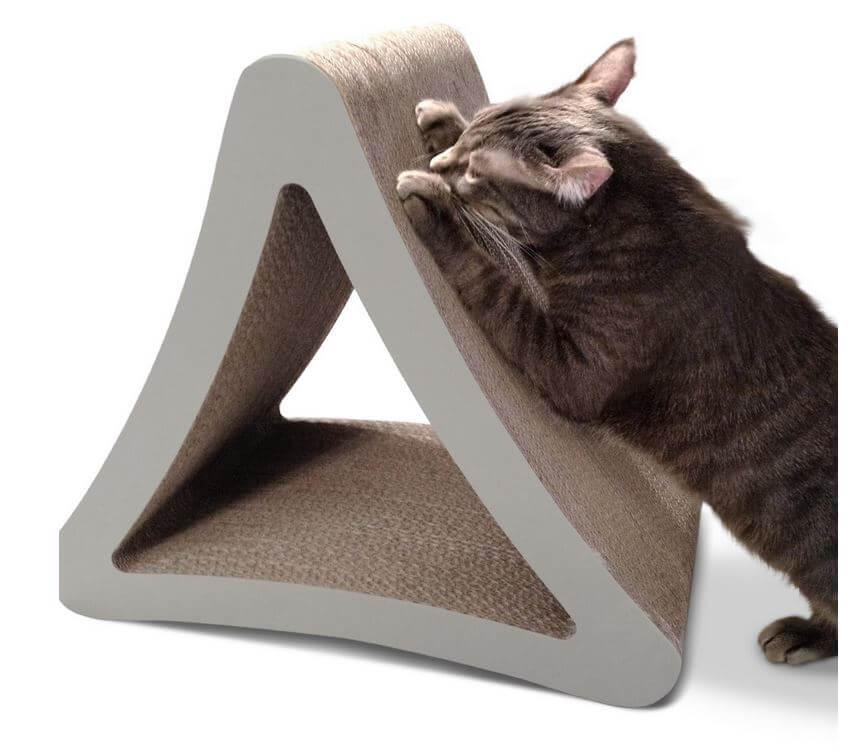 This model is the one that has the most in common with traditional cat scratchers as it stand upright. Otherwise, it is another rather unique design. It is in the shape of a triangle and it stands upright, meaning that cats will be able to dig their claws into the side of it and give it a good scratch. It is also available in two different sizes as well, so you can buy a larger model if you want something that is able to accommodate more than one cat or even several kittens.

Some customers who have purchased this cat scratcher have said that their cats have struggled to find interest in it. This is something that can happen with all new things and it may take a little time before they decide they are interested in it. If however it has been a while and they are still on interested, you can use things such as cat treats and catnip to help them get interested initially until they become comfortable with it. 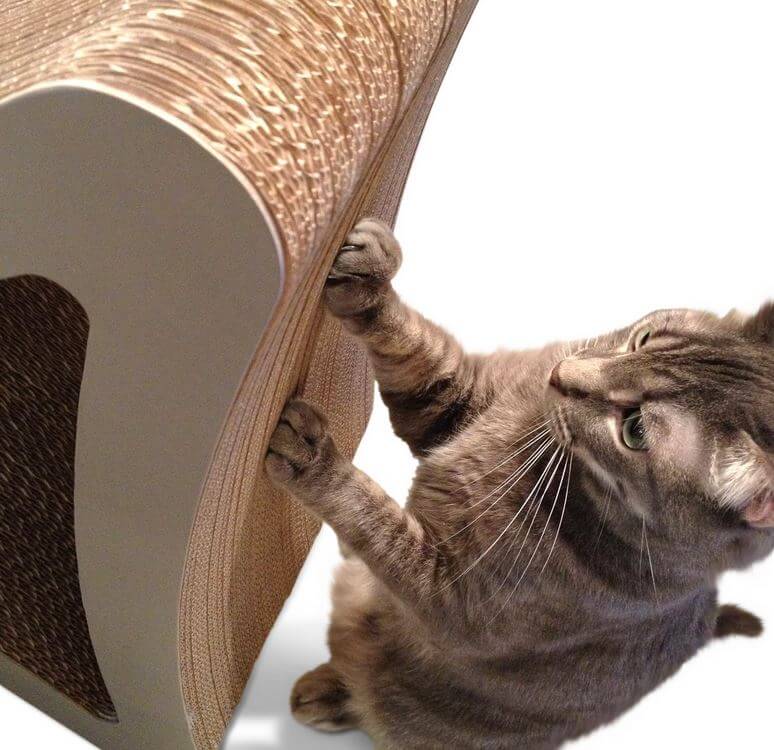 “Does this cat scratcher shed in any way at all?”

For the most part this does not have any shedding at all. The only time when shedding may occur is when your cat decides to scratch on the inside of the scratcher instead of the outside. Even when this occurs, the shedding should be minimal and require little cleaning up.

“Can it be easily pushed around by a cat?”

This really depends on the kind of surface you want to keep it on. If you are thinking of having it on a tiled surface, then there is a chance that your cat will be able to push it around a little bit. If you are planning on keeping it on a tiled floor, it would be a good idea to place a mat underneath it so it stays steady. Otherwise, any other surface should be fine.

There are certainly not many companies that are able to offer unique cat scratchers quite like PetFushion They have a wonderful range of products, all of which are more original than the next. If you are looking for something that is original and is able to offer your cat something more than a place to scratch, PetFushion is definitely a company you should consider purchasing from.