Do you know that most diseases are species specific? 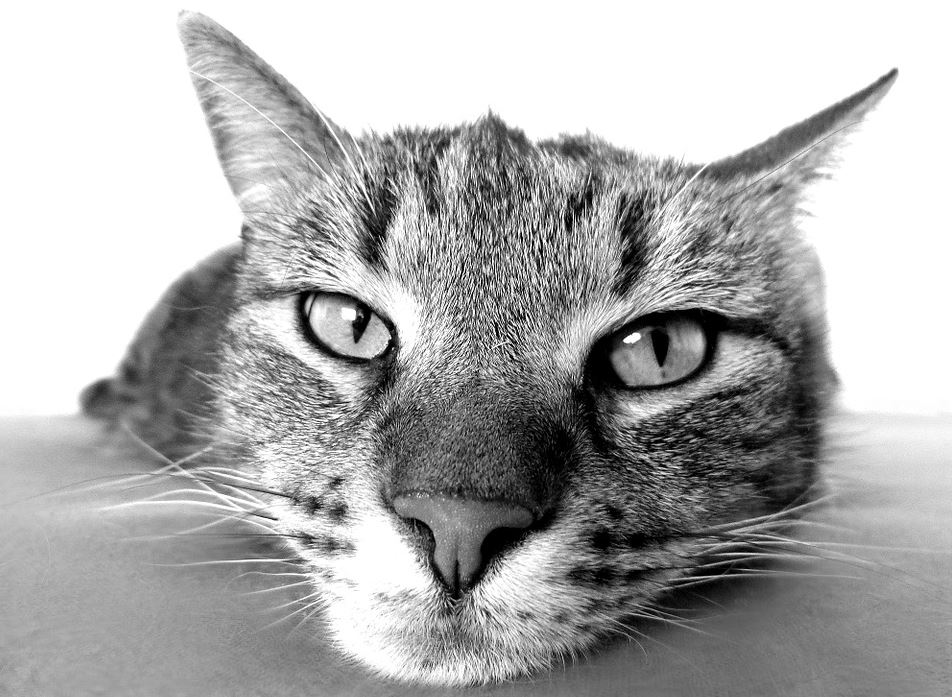 In plain English this means that cats catch cat-diseases and people catch people-diseases but the two don’t usually share their bugs.

However, there are some infections that do cross the species barrier, passing from cat to person: This is known as a “zoonosis.” Some zoonosis are more serious than others. For example rabies is a show-stopper, whilst the humble cat ear mite only squats in a human ear for a short time before dying.

As with any health issue it’s important to keep a sense of proportion. We don’t live in a sterile world and so our immune systems protect us. However, it is helpful to be aware of the most common cat zoonosis, so you can minimize the risk of infection and seek medical help when needed.

Also known as ‘cat scratch fever’, this one is pretty much what it says on the label. When a cat harbors the bacterium, Bartonella, a bite or scratch from that cat can transfer infection to a person. Whereas in the cat Bartonella causes few symptoms, when it enters the human bloodstream it causes fever, headaches, fatigue, muscle cramps, and swollen lymph nodes.

The symptoms in people sound scary…but the good news is most people get better by themselves. Just be sure to follow the golden rule, which is if you get scratched and have a weak immune system then get checked over by your physician.

Toxoplasma has given cats a bad press. It is the fear of toxoplasmosis that means pregnant women shouldn’t clean cat litter boxes. This is because infection in pregnancy can cause miscarriage or birth defects, so this most definitely isn’t a risk worth taking….however the chances of picking toxo up from a cat is much lower than you might think.

Toxoplasma is a parasite, belonging to a family of single-celled organisms called protozoa. The cat is their ‘go to’ destination, with other species being infected by accident.

The incidence of toxoplasma infection in humans is startling high with 60% testing positive in certain parts of the world. However, most are either not ill at all or develop flu-like symptoms that resolve. Again there’s a bigger risk of more serious encephalitis in people with suppressed immune systems.

Cats got a bad reputation because the infective form of toxoplasma can be present in their feces. But here’s why this isn’t as scary as it sounds:

So don’t worry about your cat but simply clean the tray every day or get an automated litter box.

#3: Ringworm…only it’s not a worm but a fungus

Ringworm is a fungal parasite that invades hair follicles and causes hair loss, skin inflammation and scale. It is relatively common in cats, especially those with the opportunity to root in soil. It’s also highly infectious because cats (and people) can pick up infection by indirect contact with fungi and spores shed into the environment.

Ringworm causes patchy hair loss in the cat, and is most common on the toes, face, and ears. In people it produces round (hence ‘ring’-worm) inflamed red patches. In healthy people a short course of a treatment ointment will clear the problem, but ringworm can be more serious in the very young or old, or the immunocompromised (see a physician if concerned.)

Giardia belong to the protozoal family (similar to our buddy, Toxoplasma) and infects the gut causing nasty diarrhea. Campylobacter is a bacterium, again with unpleasant consequences.

These are not uncommon causes of stomach upset in kittens. The problem then comes if you stroke the kitten and don’t wash your hands. This can transfer infection from the cat’s fur to your mouth and into your gut.

A nasty tummy upset may need medical treatment to kill the bug and get the symptoms to resolve. However, a simple course of action, washing your hands after handling the cat should remove any risk.

Methicillin resistant staph aureus (MRSA) is a bacterium that has muted to be resistant to certain common antibiotics. This has serious implications because it reduces the number of effective antimicrobials in our armory against infection.

For a while, there was debate over the role of cats and pets in general, in infecting people. However, research has turned suspicions on their head. It looks like people are a lot more likely to pick up MRSA than cats, and rather than the 4-legger infecting us, it’s the other way round and we are a risk to them!

And finally, don’t be paranoid about owning a cat.

Our immune systems are like a waiting army, ready and willing to protect us against all sorts of infectious agents. The chances of a healthy fit person becoming ill as a result of a cat-acquired infection are very low.

Just be sensible. Wash your hands before eating and rinse any scratches well. Those most at risk are those with a weakened immune system such as the very young or old, those with immune-suppressive illnesses, or on chemotherapy. Be more cautious if you fall into these categories and seek a medical opinion at the first sign of illness.

Indeed, cats are great at giving the immune system a work-out which in turn means it’s less over react to environmental allergens, and reduces the chances of children developing asthma. Not only that, but cat ownership is proven beneficial for both mental and physical health.

Owning a cat is shown to reduce blood pressure, lower levels of cholesterol and stress hormones in the blood stream, and increase feel-good hormones such as oxytocin, serotonin, and dopamine. So rest assured the benefits of cat guardianship far outweigh the risks, especially when yours is a well-cared for indoor cat.