Sugar Diabetes and Your Cat 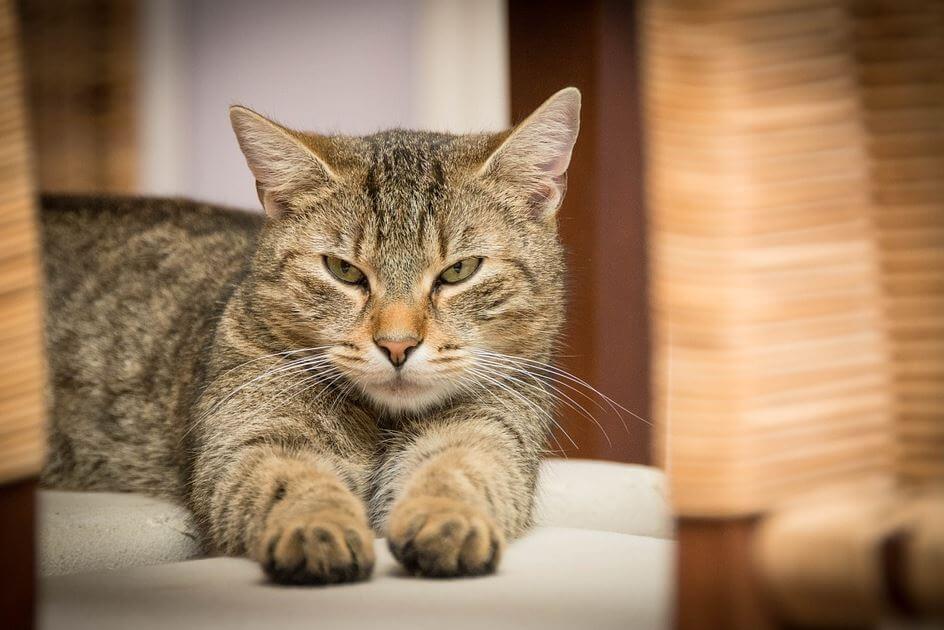 How Can You Tell if Your Cat Has Diabetes?

Your middle-aged cat is to the cuddly side of plump and has always loved her food. She’s still eating well but recently a waistline has appeared that wasn’t there before and she’s losing weight. In addition, the water bowl needs filling more often and there are larger clumps in the litter tray.

If this sounds like your cat, then it could be she has diabetes.

Sugar diabetes is common in people and also in middle-aged cats. And just as diabetes in people can be influenced by their weight and what they eat, it is the same for cats.

Sugar diabetes (Diabetes mellitus) occurs when the hormone that controls blood sugar level is lacking. This hormone is called insulin. Its job is to provide the means for sugar to enter into the body’s cells where it provides energy and power (just like putting gas in your car).

When there isn’t enough insulin, the sugar can’t get into the cells (like losing the key to the fuel cap.) This means sugar has nowhere to go so it stays in the bloodstream and the levels climb. Once sugar reaches critical levels it spills over into the urine, where it can be detected by a simple dipstick test.

What are the Symptoms of Diabetes?

In the early stages of this condition the signs include:

As the condition progresses new symptoms appear that are linked to the long term effects of high blood sugar levels. These include:

Sadly, when left untreated the body struggles to cope and slowly poisons itself. This is known as ketosis, and the cat will be unwell, stop eating, may vomit or have diarrhea, and then slip into a coma and die.

What Causes Diabetes in Cats?

This complex condition has several trigger factors. Your vet will want to look for underlying health problems because they can worsen diabetes. Some of these risk factors can’t be treated, such as a genetic predisposition, but many can.

The problems your vet will want to rule out include:

Being overweight has a big (no pun intended) part to play in aggravating diabetes. An overweight cat lays down fat in all the body’s tissue and it clogs up the pancreatic glands which produce insulin. When the glands are full of fat they can no longer produce insulin, and the result is diabetes.

Obese cats that diet and lose weight in a slow controlled manner stand a good chance of reversing their diabetes and going into remission. This is because the insulin producing glands are able to detox and restart pushing out insulin again.

Also, if your cat is overweight but not diabetic, putting them on a diet is a good insurance policy to reduce the risk. Dieting your cat can be as simple as feeding them less, but in reality this is often hard to do. If you are concerned about your cat’s weight, have a chat to your vet. Many clinics run the feline equivalent of Weight Watchers and it’s usually free of charge!

Can Diabetes be Treated?

Yes indeed it can.

Treatment involves giving insulin injections and feeding a food that releases sugar slowly – Not so very different to people!

Insulin must be given by injection, usually twice a day. If you’re feeling squeamish know that the needle is tiny and the cat doesn’t feel a thing, or there’s the option of an insulin injecting pen similar to those used by people. (Well if it’s good enough for us…)

The trick to giving problem free injections is to give it just before food. Then the cat sees the food as a reward and looks forward to their therapy.

If your cat is otherwise healthy, the vet may prescribe a high protein diet, which gives a sustained release of energy. Where possible allow the cat to graze which is a more natural feeding pattern and avoids the peaks of blood sugar produced by mealtimes.

If your cat has kidney problems then high levels of protein aren’t a good idea, and a high fiber, slow energy release is a better option. This can also help weight loss, which in turn helps the diabetes. A win: win situation.

Of course your diabetic cat needs a watchful eye to make sure they stay stable. A great way to do this is monitor how much your cat drinks, as a stable cat drinks only slightly more than normal. Increasing thirst could mean the insulin dose needs attention and should trigger a call to the vet.

Likewise, if possible check her urine for glucose with a dipstick two or three times a week. If sugar is present it’s safe to keep giving insulin.

If there is no sugar, stop the insulin and phone your vet. It might be the insulin dose is too high, or, if you are fortunate the cat has stopped being diabetic and returned to being normal again.