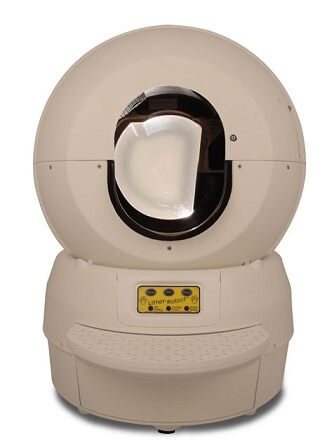 The arrival of the Litter-Robot Automatic Self-Cleaning Litter Box has proven to be one of the more revolutionary inventions for many cat owners. For people who loved having cats but had difficulty dealing with their litter, it proved to be a very helpful addition to the household.

But what are the features that make this such a useful purchase for cat owners? How can you know if it is right for you? Here we will try and answer those questions, and decide if the Self-Cleaning Litter Box should be considered a definite purchase for all cat owners. 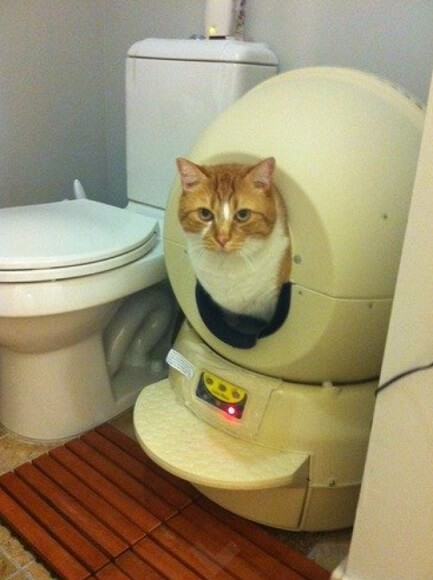 No More Scooping: This is naturally the most obvious benefit of this litter box. It takes the hassle of scooping the cat litter out of the tray every single time the cat pays a visit. Instead, the system is designed to wait until around seven minutes after the cat has done its business. Then, it will rotate so then the litter is tipped into a drawer at the bottom. The litter box is then ready to be used again whenever the cat needs to pay another visit.

Helps Get Rid of Odor: There is nothing worst than the smell of a cats litter tray. No matter how quick you are to clean the litter out after the cat has paid a visit, the smell tends to linger around the house. With this litter box however, the drawer at the bottom where the used litter is stored does a very good job of getting rid of the foul smell. All you have to do after that is take the drawer out and empty it into the dustbin.

Easy To Assemble: The fear quite often associated with new gadgets like this is that they will be very difficult to put together and hard to use. That’s not the case with the Litter-Robot. The litter box is very easy to put together and can be done in 10 minutes if you follow the instructions properly. The settings for the litter box are also nice and simple, as all the buttons you need are displayed clearly on the front. Just put it together and turn it on and you will be ready to go.

Doesn’t Put Cats Off: Some people may be concerned by the look of the litter box that cats will be put off from using it. However that isn’t the case, and the vast majority of cats should be able to use it to go to the toilet without any fear or uncertainty. Just replace your old litter tray with the Litter-Robot and your cat should start using it in no time.

The Price: Some people will find that the price of the litter box is a little steep for something so simple. The majority of retailers that sell the Litter-Robot don’t have it for anything under $300, so it is quite an expensive purchase. It does take the hassle out of cleaning up cat litter, but it’s a purchase that should be considered for a while when you take into account the large price tag.

Sensory Problems On Carpeted Surfaces: Many customers have reported problems with the Litter-Robot whenever they have it on a carpeted surface. When it is on a carpet, the censor can sometimes fail to tell that a cat has paid a visit, thus leaving the used litter there instead of dumping it into the drawer below. This is something that can be fixed by adjusting the coins underneath the litter box, but even then it still remains a case of trial and error.

Unpleasant Appearance: For many, the Litter-Robot does have an appearance that is not very appealing. Some people may even think of it as an eyesore in their home. While it doesn’t look like the most stylish piece of technology, it probably does beat having a dirty cat litter or the smell of litter in the corner of the room. If you can deal with the appearance, then it is probably worth it.

“Does it work with one or more cats?”

This depends entirely on the mentality of the cats that you own. If they are currently okay with sharing a litter tray, then they should be fine with a Litter-Robot. If they are very territorial and do not like to share the try, then this will not present an answer to that problem. One of the them will claim it as their own and then the other will have to pay a visit somewhere else. However, no matter how many cats you have, as long as they are not territorial they should all be able to use it.

“Does it need any particular brand of litter?”

“I have a large cat, will he/she be able to fit into it?”

If your cat’s head sticks out of the front of the litter tray then that is okay. The system is designed to start rotating after the cat has exited the tray for around seven minutes, so there is no risk of harming the cat. However, if you are concerned that he/she may not be able to fit inside, then you should get in touch with the manufacturer so then you can get all the details you need.

This certainly represents the start of a new age when it comes to keeping domestic cats. With the Litter-Robot, you can have the entire process of scooping out litter taken right out of your hands. It is fairly pricey, but when you consider what you are getting in return, it’s something that you should seriously consider purchasing. Being able to say goodbye to ever having to scoop out the cat litter again is a very appealing idea indeed.