Home »  Blog  »  How to Avoid Accidentally Poisoning your Cat »

How to Avoid Accidentally Poisoning your Cat 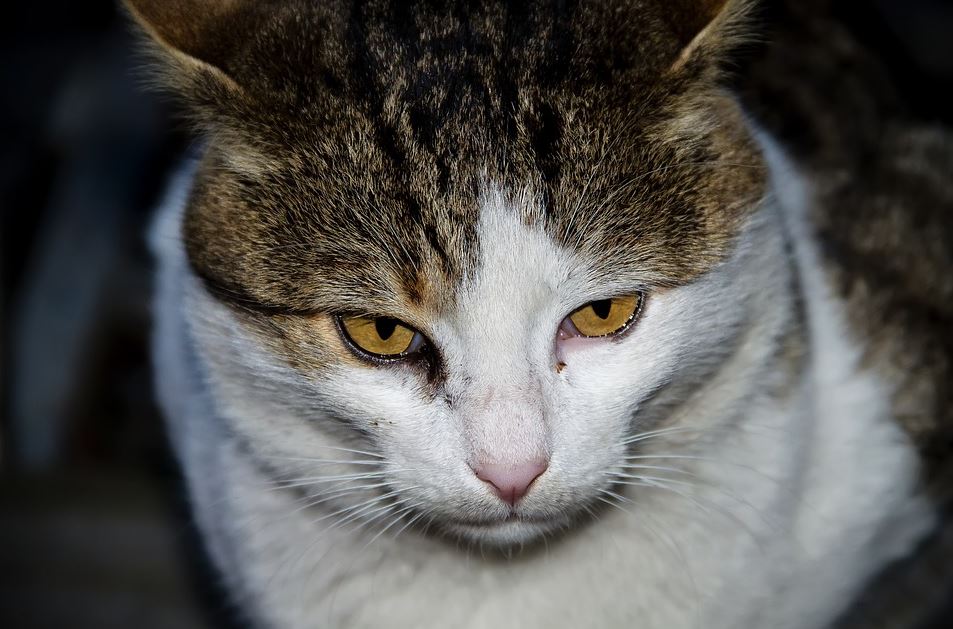 Then it’s chastening to learn that 50% of all pet poisonings are because animals have eaten or been given human medications. As a rule cats are sensible creatures and a lot less likely to indiscriminately scoff down tablets than a dog, and yet poisoning still happens. Why?

The answer is that owners, with misplaced good intentions, dose their cat with a drug that does them harm. This isn’t done maliciously. In fact, just the opposite, it’s done out of a desire to relieve pain or help a sick cat get better.

The problem is cats aren’t small people, and how they handle drugs is completely different to humans. During their evolution cats adapted to an all meat diet, which means they had no use for some of the enzymes humans have which break down certain proteins and drugs. Over the millennia cats evolved a unique metabolism, sufficient to say that what’s safe for us, is anything but for the cat.

With this in mind let’s troubleshoot the home meds most likely to be a source of accidental poisoning.

What should you Do for a Cat in Pain?

Imagine its 2am and your cat has tooth ache. She’s restless and pacing, but the local vet’s office is closed and you don’t have transport to the emergency clinic. Your thoughts turn to the bathroom cabinet. Perhaps if you gave just a small dose of one of your painkillers….

Because of those lack of enzymes, even tiny doses of a regular human painkiller is toxic to a cat. Let’s look at some of those drugs most likely to be in the cabinet, and why you should NOT give them to a cat.

Remember, sometimes taking no action is better than taking the wrong one. By giving a dose of a potentially dangerous med, your cat may go from toothache to liver failure. Let’s look at why.

When we have a headache, flu, or joint pain, acetaminophen is often our go-to medication. It’s an anti-fever and pain killing medication that is cheap and effective for people. However, cats lack the enzyme necessary to breakdown the toxic metabolites of this drug, and so even a small amount is dangerous for a cat. Just half of a regular tablet can kill, so this is definitely one never to give to a cat.

The symptoms of acetaminophen toxicity include:

As well as damaging red blood cells, so the blood can no longer carry oxygen, acetaminophen causes liver damage, so be warned!

This is another example of a drug that cats just can’t handle. Cats lack the enzymes necessary to clear acetylsalicylic acid from the blood stream, so like a bad smell the drug hangs around – for days instead of hours.

Fair enough, there are occasions when a vet will prescribe aspirin to cat, but this is at a tiny dosage and given once every three days (rather than every 8 hours as for people). Also, these cats are prescribed aspirin for its anti-clotting effect, when they are at risk of a dangerous blood clot which could cause a stroke or even sudden death. So all in all, the risks have been weighed up and the scales have a safety catch on them.

A cat given an inappropriate dose of aspirin will start to show signs with 4 – 6 hours, and these include:

Now whilst you might feel confident you wouldn’t reach for the aspirin bottle for your cat, be aware of hidden dangers. Many common household medicines contain aspirin as an added ingredient. The classic example is Pepto-Bismol, where just two tablespoons contains enough aspirin to kill a cat!

#3 NSAIDs such as Ibuprofen (Advil)

A group of painkillers call the non-steroidal anti-inflammatories (NSAIDs) are very popular with people, because they work well and are inexpensive. However, these are an unwise choice to give to a cat and cause life-threatening stomach ulcers and kidney failure.

Those of you with an arthritic cat prescribed meloxicam (Metacam) may be aware this is a member of the NSAID family. The important difference is meloxicam has been safely for cats, plus you vet has carefully assessed the patient, checking their kidney function first, to ensure it’s suitable for them. So be aware that in a multi-cat household  you should never reach for another pet’s meds, unless you’ve spoken to the vet first.

Under certain circumstances a vet may prescribe tramadol to a cat, but this will be special low strength capsules. Never consider giving your capsules to the cat as this will result in an overdose. Signs of this include wobbliness, disorientation, and tremors.

Many antihistamines are safe for cats (always check with a vet before dosing). However, be especially wary of multi-ingredient antihistamines, such as those available to help with sinusitis or allergies.  Those added ingredients are often dangerous to our feline friends.

For example cetirizine (Zyrtec) can be given to cats, but Zyrtec-D must NOT. This is because the latter contains a decongestant that is deadly to cats. Likewise some products contain acetaminophen, which as we know is deadly to cat.

Look Before you Leap

In short, if your cat is in pain – Phone the vet!

Never give medications without first speaking to a vet and checking the product is safe. Even if you are unable to visit a clinic, phone, and don’t be tempted to skip this safety check. Remember, a cat with toothache is unhappy, but getting rid of toothache with acetaminophen could kill the cat. Not a healthy remedy for pain relief!