4 Great Reasons to Microchip your Cat 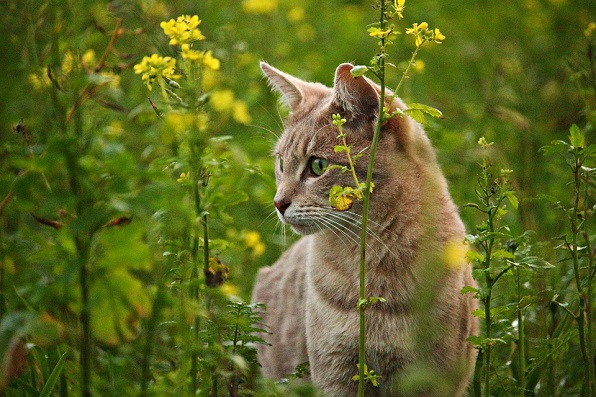 Isn’t It Great When One Product Unexpectedly Answers Several Problems?

Microchips (also known as ID chips) are implanted as a permanent means of identifying your cat. Indeed, many shelters now ID chip all their adopted pets so as to stop the cycle of lost animals languishing unidentified at a rescue center.

But scanner technology means it’s possible to have a food bowl or cat flap that is activated only by your cat (or cats), plus certain chips can take a cat’s temperature! Think about it. No more thermometers in unmentionable places. No more strays popping in to dine on your cat’s dinner. That fat cat on a diet can’t chow down on your thin cat’s food…Let’s look at the benefits in more detail.

What is a Microchip?

Each microchip is enclosed in an inert casing and is about the size as a grain of rice. They are a passive transmitter, meaning they don’t need an internal power source (such as a battery) to work. Instead, they passively store information which is transmitted to the scanner using reflected radio waves.

Inserting a microchip is momentarily uncomfortable, but no worse than any injection, and does not require an anesthetic or sedation. Once implanted a microchip works for a lifetime without replacement.

What Information does a Microchip Hold?

Each microchip is coded with a unique number. When a chip is implanted, its number is registered with the owner’s contact details on a central database. Once the vet or rescue finds a lost pet has a chip, they contact the central database to find the contacts details held against that number.

We’ve touched on this already, how a microchip helps reunite lost pets with anxious owners. But what about stolen pets? Whilst a microchip is NOT a tracking device, it is tamperproof and is a ready means of proving true ownership of a particular animal.

In cases where an over eager cat lover adopts a ‘stray’ (that isn’t really lost at all but attracted in by tasty food), the microchip provides a way of proving whose cat she really belongs to. So for lost or stolen cats, the ID chip is an invaluable way of proving ownership.

Certain types of microchip (usually called “Biotherm” chips) also register the cat’s temperature. Because the chip sits permanently under the skin of the shoulder blades, it’s permanently at the cat’s body temperature, and a small sensor can transmit this information to special biotherm scanners.

If your cat hates having their temperature taken, and let’s face it there’s nothing nice about where the thermometer is inserted, then a Biotherm chip could be the answer to sparing your cat’s blushes.

When you have one cat that is overweight and another that is underweight, getting both cats to a healthy weight is a circle that is difficult to square. However, microchip activated cat feeders work by only allowing access to the bowl of chow, to the specific cat (or cats) whose number is programed into the device.

How clever is that? In a multi-cat household the benefits are almost endless. When each cat has their own feeder, should it be necessary you can feed a different diet to each individual. From the overweight cat on a diet to the kidney cat on a renal diet, paw-sonal access to their food is the answer to many a frustrated cat guardian’s prayers.

For outdoor cats having access to the house at will is a great way to have the best of both worlds. However, a cat flap provides a portal not only for your cat but for all the other cats in the neighborhood. This can be a huge source of stress to the resident cat, especially when her core territory (your home) is invaded by a stray that helps himself to her food.

However, a microchip activated cat flap means that only cats with a pass key (i.e. their microchip) can gain entry. Problem solved.

Even better, you don’t have to type a number into the flap, all you do is present the cat to the flap and press a button. The scanner inside the flap picks up the number and registers it. This also works for multicat households as some models can store up to 30 different numbers.

Whilst both the food bowl and cat flap require batteries to work, the good news is they remember the chip numbers even if the battery runs out, so you don’t have to reprogram it each time you change the batteries.

If your cat isn’t already chipped, it’s super easy to get a chip implanted. Most vets carry microchips as standard and it takes seconds to implant one under the skin over the shoulder blades. Also, some pet charities and shelters run “Chip clinics” where you can drop in with a pet to have a chip implanted at a knock down price.

Oh, and one last thing. Even if you have an indoor cat, don’t discount chipping your cat because they don’t go out. Should an indoor cat slip out of a door one dark rainy night, she will have no idea where she is and be unfamiliar with landmarks. Under such circumstances the indoor cat is far more likely to get lost and is exactly the type of pet who will benefit most from being chipped.